In the 63.5kg championship fight, the main event of the ONE: Warriors of Light at Impact Arena, Muang Thong Thani, the 32-year-old fighter from Sakon Nakhon made a light work of Suzuki and won on points after five rounds.

"I am really happy with my performance. I gave my best," said Nong-O who was in the first defence of his ONE Super Series title.

"I want to keep the belt as long as I can. For my next fight, it is up to my handlers. I am ready to fight anyone, any time and anywhere."

In the inaugural ONE flyweight kickboxing fight, Petchdam Petchyindee Academy defeated Elias Mahmoudi to claim the title with a technical decision following an accident.

The accident happened in the fifth and final round when Petchdam had a low kick on Mahmoudi, who dropped to the floor.

According to the rules, when such an accident happens, the scores of the previous rounds are counted, and the Thai was declared the winner.

"I am confident that I would have still won if the accident had not happened. I did much better than the opponent in the previous rounds," said the Ubon Ratchathani native.

Rodtang Jitmuangnon saw off Cambodia's Son Thy with a second-round TKO in the flyweight division.

Pongsiri Mitsatit stopped Robin Catalan of the Philippines in the first round of the strawweight division, and Superlek Kiatmoo9 beat Rui Botelho of Portugal with a unanimous decision in the flyweight... 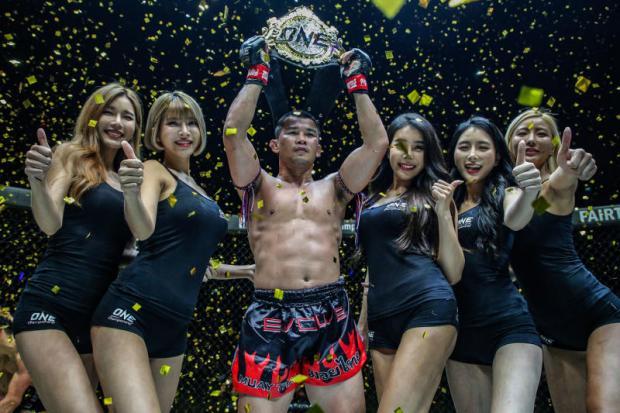